The value of difference in religious cultures and secular societies 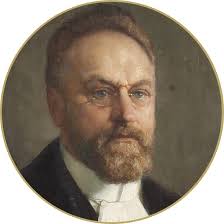 One hundred years after his death, the ideas of the Dutch theologian Herman Bavinck (1854-1921) are becoming increasingly popular among scholars from different parts of the world. During the 20th century he was relatively unknown outside of the Netherlands, standing in the shadow of the famous theologian and politician Abraham Kuyper with whom Bavinck was closely connected. In the last decades, scholars from the USA to Korea and from Russia to South-Africa started to study Bavinck, and his writings are being more and more translated into different languages and interpreted within various contexts. One might wonder why and why now? What made Bavinck the leading scholar and churchman around 1900 in The Netherlands, and how does Bavinck’s theology and worldview interfere with contemporary contexts around the world?

The Herman Bavinck Centennial Congress at Theological University Kampen will focus on the theme of the meaning of difference. The loss of the certainties and religious foundation of the ancien regime resulted in the search for a new unifying principle for humankind, based on the outcomes of modern scientific methodology and a naturalistic, culturized and historicized view of men, society and world. Without its formerly unifying religious centre, this led to an increasing awareness of difference and a state of diversity and plurality in all domains of society and culture. People experienced their lives fragmented along lines of ideology and religion, nation-states and politics, ethnicity, gender, and social and cultural status, while technological innovations changed their experiences of time and distance, widening up horizons of expectation. In his writings about Christianity and Modernity, from such diverse angles as theology, philosophy, psychology, pedagogy, politics, arts and sciences, Bavinck shows a deep interest in the thinking of his contemporaries and the rapidly changing world of his own time by a carefully balanced combination of a firmly rooted Calvinist conviction and a serious, informed and open conversation with his counterparts.

When rooted in the unity of God, Bavinck appreciated difference and diversity in all spheres of life and between all times, contexts and peoples as signifiers of the development of different aspects of Gods image in men. The Western world of today is characterized by heterogeneous secular societies in which religious cultures and individualism, and lots of different life and worldviews live side by side. At this Congress, we explore the nature of Bavinck’s thoughts and acts in respect to difference, and what Bavinck’s contribution would be to the present tensions related to difference in cultures all over the world.

The Neo-Calvinism Research Institute at Theological University Kampen, and the Herman Bavinck Center of Reformed and Evangelical Theology at Vrije Universiteit Amsterdam, co-organize this congress on ‘The Value of Difference’ on 25-26 November 2021 at Kampen Theological University. They invite interested scholars to send proposals for a paper presentation, preferably related to the theme. We have no funds for travelling costs and accommodation.