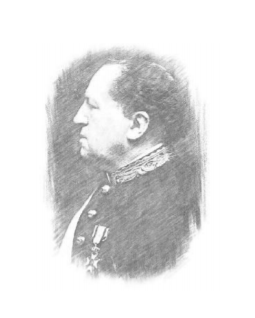 One hundred years after the death of Abraham Kuyper his legacy still is a source of inspiration in many fields. Kuyper was a scholar, a politician, a journalist, and a religious leader who managed to keep all these aspects of his life together and was sensitive to the changing context in which he lived, especially to the rise of secular modernity. What can be learned from Kuyper’s legacy to cope with the tensions and divisions threatening Western society today? After one hundred years the gap between the sacred and the secular seems to be deeper and wider than ever. This conference, held on both sides of the Atlantic, seeks to bridge the gap and to show how fruitful integration is possible in science, politics, media, and religion. Scholars from diverse disciplines including historians, theologians, philosophers, and sociologists, as well as experts in media, politics, and religion, are invited to reflect on Kuyper’s legacy or to assess one of the aspects of the secular and the sacred today. We are thinking particularly of four fields of interest:

In his Stone lectures, delivered in the United States (1898), Kuyper emphasised that science can never be neutral but always starts from pre-scientific convictions and existential presuppositions. Papers in this field will reflect on one’s deepest motivations to do research or to teach others academically. In a secular context it seems attractive to seclude one’s deepest ‘drive’ as a scholar. How can this pitfall be avoided? On the other hand the development of all sciences on an exclusive basis of Reformed confessional presuppositions proved to be unfeasible and to lead to academic isolation. How does worldview interfere with the practice of scientific and scholarly research? How can confessional biases be avoided in academia without giving up the fruitful influence of spirituality on academic research and education? In other words, in this field we are searching for the soul of science.

As a politician Kuyper inspired his followers who previously had no voice in societal leadership. Notwithstanding his strong convictions, he managed to cooperate with his political opponents. He developed the concept of pluriformity, which he applied to the church and to politics and society and even found reflected in the multiformity of creation. Papers in this field will reflect on movements of emancipation in society today or assess the possible strengths and weaknesses of a society split into into world-view oriented subgroups (pillarization)? How can we overcome the polarization and fragmentation that threatens cohesion in society and the foundations of democracy? In this field we are trying to understand the secret of peaceful coexistence.

As a journalist Kuyper knew how to use the popular media to inform and mobilize common people. This aspect of his life and legacy has not drawn much scholarly attention thus far. In the eyes of the establishment Kuyper was a populist and that view was not entirely unjustified. What was typical for Kuyper’s style of communication and what was his underlying vision on the media? In the present context the media are accused of framing the news and even of producing fake-news. What is the responsibility of those who are called to inform the masses about science, global developments, and structures of power. What about the influence of social media and the effects of their popularity for spiritual and social life? This field addresses the passion for reliability.

In his weekly meditations, of which Kuyper wrote more than 2.000 during his busy life, he seeks to give spiritual guidance to his fellow-Christians. More than in his scholastically phrased academic theological works, Kuyper in his meditations shows a sensitivity to the growing tension between the realm of faith and the secular public domain. Remarkably, his meditations have hardly been analysed as a mirror of modernity. Papers may reflect on the empowering work of the Holy Spirit in the hearts of individuals and in the church as a community of believers. How do religious experiences and religious practices relate to beliefs and doctrines? How can religious experience adequately be communicated in a secular context? How are the developments of secular modernity and of diverse forms of spirituality related? Can spirituality bridge gaps between believers and non-believers and between those of opposite religious convictions? In other words, in this field we want to focus on the power of living religion.

Calvin Theological Seminary, Calvin University, the Theological University of Kampen, and the Faculty of Religion and Theology at the VU Amsterdam (represented by the Herman Bavinck Center for Reformed and Evangelical Theology) co-organize this congress on ‘Secularism and Spirituality’. They invite interested scholars to send proposals for a paper presentation related to one of the fields listed above. Except for the invited keynote speakers, we have no funds for travelling costs and accommodation.